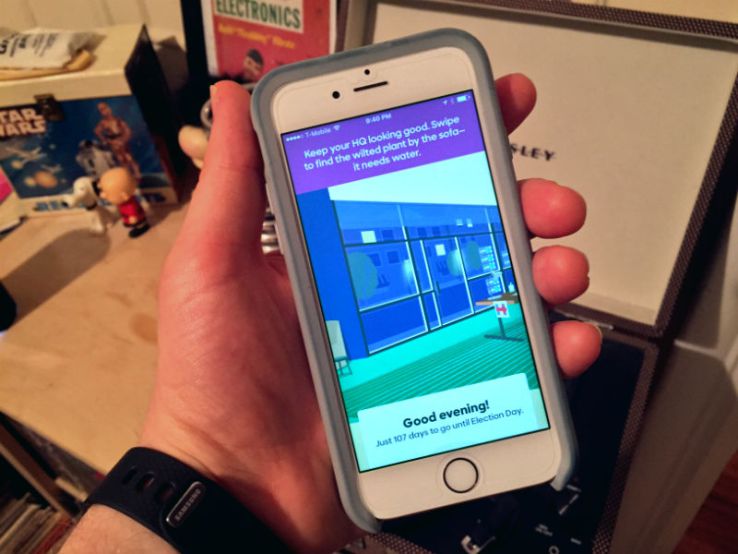 Many politicians today would leave nothing to chance. They would do anything to make sure that they get to meet and interact with their supporters. In this case, it is Hillary Clinton who has gone ahead to launch an app that is designed to gamify her campaign. This is all in an aim to get closer to the people and show them why they need her.

This comes in the lead of the upcoming Democratic National Convention to happen in Philadelphia. The Hillary Clinton campaign team has launched an app that will turn your iPhone into a digital headquarters. This simply means that the supporters of Clinton can now get to see what she is up to when it comes to her campaigns. You will get access to events, televised speeches, quizzes and polices you would like her to address.

The app will gamify the campaign process by offering the virtual badges and real life prizes for some activities such as sharing the videos on social media. The more people love the content you have posted about Clinton, the more likely you can get the prize.

You can be sure more of such apps are coming before the election in November. Politicians too now know the importance of using technology to get closer to the people.